my events were 200m, 400m, 4X400m.
wtf got stupid conflict for the 4X400m event.
some red houser say its HER EVENT. say SHE THOUGHT SHE WAS RUNNING FOR TAT EVENT. then the whole time, she looks at me lyk 'wtf u tink u can run? u tink u can outrun me?'.wtf man.

before running for all my events, my legs were shaking. literally SHAKING.. i look to my left for the 400m event, i see Basiuk and Grace wif their game face on olrdi. celakaa... panic man. my heart is thumping so hard against my chest then *bang*. everyone is off.

fastforward to 4x400m which is the last even of the day. i was so nervous i asked a friend whom is now in purple house for a drink of her 100plus and she gives me a look and scoffs, 'Sry, purple house runners ONLY.' then walks off leaving me wif my mouth hanging.

first of all, i haf NTG against purple house and i even support them. im the one who keeps telling OTHER people to not take sports day so seriously and dont be lyk 'oh no matter wat, we must beat purple house' . wat the hell? this is suppose to be fun, suppose to bring the two schools together make friends. not fight and compete so competitively. wtf man. i was looked at her back, shook my head and walked to the track. honestly.. some people.

as for shui's post, im sry if u think nobody noticed or cared bout u. jst so u noe, i do. i wished u were 3rd runner wif me, then at least we could both give morale support to each other. i din noe u were the 1st till u told me minutes before the race. u din wear shoes is it? omg ur toes. take care of them arr. the skin peeled off.... argggh omg. i din noe u were injured. argh tat must frigging hurt.im fortunate i din suffer any injuries besides the little bruise on my knee where i collapsed on the ground after passing the batton to g-spot. jst so u noe, i noe exactly how u feel. it sucks lyk shit.

after i passed the batton to g-spot, i collapsed and was gasping for air.no one offered me any help. no one asked how i was. i look nxt to me, i see sarah ngui doing the exact thing i was. then after g-spot passed the finishing line, i see everyone crowding around her, congratulating her, patting her back, giving her words of couragement.

sarah and i looked at each other and said the same thing , ' wtf.. wat about us? we also run wat.'sighs only phoeb came to chck how i was doing. the rest of my friends jst mysteriously disappeared. anyway sarah and i sat on the grass for a long time till feeling came back to our numb butts and our thighs stopped feeling lyk iron bars had be inserted into them.

the last 100m stretch is a real killer man. tats the stretch when u start to lose control of ur legs. ur head is telling them 'keep running' but ur body is screaming 'stop stop stop!' arghh i surprised myself alot. i found i managed to keep up wif grace in the 400m and basiuk. guess tats smtg eh? lol sighs frigging hot day man. hope im not sunburnt. 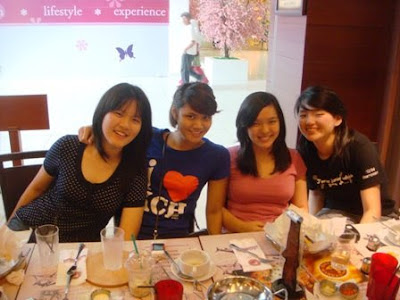 *shes the black one. hehe*

why are all my best friends in australia? =(


gawd i hate this saying. siblings, i am desperate. please msg me for more details. this is a life threatening emergency. no joke. -_- i need backup badly. please msg me siblings!! calling all siblings that i know of. youngest sibling in need of assistance!!

Thursday, March 13, 2008
omg.. sabrina? 10:46 AM
i was looking at people entertainment and one of the top stories is Melissa Joan Hart giving birth to her second child!! when did she have her first one? if those who have never seen or read the popular series 'Sabrina The Teenage Witch', (honestly how bad was ur childhood?) THIS IS HER! 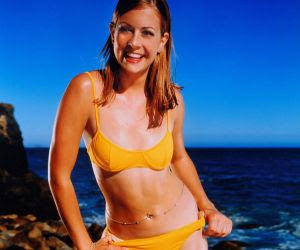 
good gracious, this was when she still had her second child inside her. i can hardly recognize her... sabrinaaaaaaaaaa! ... =( 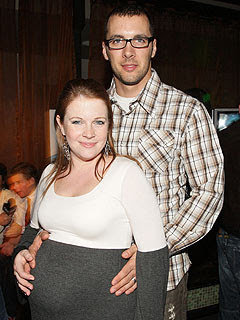 makes me want to adopt instead of the natural way.. O.O

Wednesday, March 12, 2008
though we look different, we are equally as perverted 10:34 AM
First it was our beloved Health Minister, Mr. Chua Soi Lek with his sex/prostitute scandal (dunoe why i cant upload his picture), then the unforgettable Edison Chen drama in HK and now its an american governor, Mr. Eliot Spitzer. (yeah his name is spelt that way). this honorable governor felt lonely one day so he decided he needed some companionship so what should he do? hmm no, its not call his wife. no its not talk to his children or ask how their day went. Use the quick and efficient way where satisfaction is GUARANTEED which is 'order' a prostitute called Kirstin.

don't worry its cheap, all you hafta do is pay for her train ticket, her food, her accommodation and of course the hotel where you will commit this wonderful and pleasurable sin. in this case, it was 'The Mayflower'. he ordered her two days in advance and in those two days, CNN showed clips of him giving speeches about finding ways to raise funds for higher education of children etc. etc. he really sounded lyk an angel or at least someone diplomatic and if i din noe about his other side, i would haf thought he was a decent governor who actually gave a damn. all this time, he was just trying to use the money to pay off his prostitute debt. I'm not sure but that was the impression i got so correct me if im wrong but it sounded that way and all i can say is i really pity his family who probably were kept in the dark.

anyway we shouldnt call them prostitutes especially when they charge $4300 an hour. bcos of that, they refer themselves as 'escorts' and you can find this wonderful service on a website called 'The Emperor's Club'. CNN investigators report that he has been using the emperor's club services for months, potentially years and he has paid nearly $50,000 so far. Wow.. imagine that. 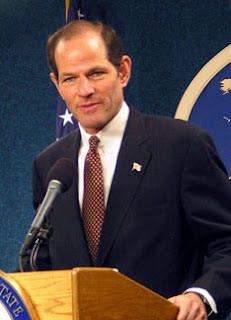 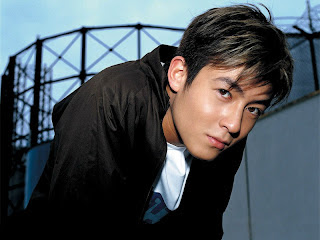 Now there is a great debate on should he be arrested for his illegal behavior bcos the prostitutes were arrested where as he wasnt. Tonight on CNN, that cool looking reporter, Anderson Cooper is going to have a discussion about it. dun miss it! =) CNN has never been so interesting. haha

oh and about our country's election, i really couldnt give more of a rats ass who wins and loses. infact, im more interested in America's election for the presidential seat than my own country's. -_- hmmmm who would you choose? Barack Obama, the first ever coloured American president or Hilary Clinton, the first ever American woman president? To be honest, I like Hilary Clinton bcos in most of the debates she has with Obama, she comes across as a more intelligent and focused candidate. She looks like she knows exactly what's she doing and she might be exactly what America needs right now. A feminine touch, so to speak. Obama has the perfect family with the patriotic wife and adorable children. I don't know.. obama's currently leading in the polls so it's hard to say. hopefully, americans know what they're voting for. =)

on a complete different note, the Lawrence King tragedy, a 15-year old student was killed by another 15-year old student, Brendan just bcos Larry asked Brendan to be his valentine. What is the world coming to when even children resort to using guns? sighs


1. Pick up the nearest book.
2. Open it at page 123.
3. Find the fifth sentence/phrase.
4. Blog the next four sentences/phrases together with these instructions.
5. Don’t you dare dig your shelves for that very special or intellectual book.
6. Pass it forward to six friends.

On page 123, the fifth sentence is:"Each chromosome consisting of two sister chromatids is attached by the centromere to a spindle fibre." (Chapter 5 : Cell Division)

The next four sentences: "At the end of metaphase, each centromere divides into two. Anaphase - The spindle fibres shorten. The sister chromatids separate and are pulled to opposite poles ofthe cell. Each chromatid is now referred to as daugther chromosomes."

Saturday, March 08, 2008
Step Up 2 : makes me wish i could dance =( 10:17 AM
saw this movie yesterday after i arrived in KL. had my first subway which tasted fantastic. =) went out with diana's friend and sis to sunway. wanted to see '27 Dresses' but wasnt showing so we watched 'Step Up 2' which is frigging cool!!! now tat i think about it, the first movie was more of the relationship and life of Channing Tatum with the female actress but not really about dancing. I mean they had little dancing scenes as compared to the 2nd movie! 2nd movie is so coool man. the dancing moves is so surreal and dynamic and just entertaining to watch. cool movie. check it out yall.

*FYI - the main actor, Chase is the goalkeeper from the comedy, 'She's The Man' where he acted alongside with Amanda Bynes and Channing Tatum.

*FYI - the good friend, Moose or rather smtg smtg the 3rd lol is NOT GORDO from Lizzie Mcguire. sighs diana insists it is -_-. its not! adam sandberg i tink was his name, is not in this movie. its the hair tats the same, thats all.


Step Up 2 : The Streets movie trailer.


the last dancing scene at the end of the movie. its my fave but its blurry in the video. go to the cinema and be wowed =)

Wednesday, March 05, 2008
HAPPY BDAY JOEY! =) 2:09 PM
todays post is all about Mr. Lau! whose currrently in an unknown place called Dubbo. haha miss you dude. I have a frigging physics test tomorrow so I got to go. but i will have plenty of time to make a SPECIAL post for mr.lau when im in KL. take care joey! I DIN FORGET IT OKAY? tis is to prove i din forget!! =)

Sunday, March 02, 2008
3:46 PM
crap crap crap crap...
i'm just about to go for my FIRST driving lesson and i'm scared shitless!
what if i ram into something?
what if i panick and push down on accelerate too fast?
what if what if what if?!!!
oh crap, someone please pray for me.
heck, i'm going to pray right now that i don't mess up.. too badly
please please please God let me be a great natural driver who like my bro, merely took only two lessons. please please pretty please?
sighs PLUS ITS RAINING RIGHT NOW!!
of all times in the day!!!
at least it's not heavy just drizzling alittle.
oh crap oh crap oh crap
mamamia!! =(

'Who Am I' by Casting Crowns

one of my fave christian songs. check it out.

I am a flower quickly fading
Here today and gone tomorrow
A wave tossed in the ocean
A vapor in the wind
Still You hear me when I'm calling
Lord, You catch me when I'm falling
And You've told me who I am
I am Yours, I am Yours

P.S. I hope this satisfies your unreachable standards Mr.Lau =)