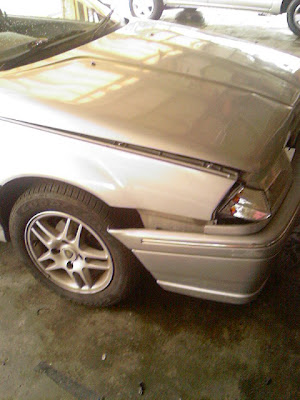 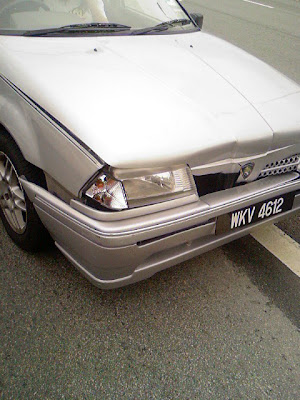 I was on the way to One U with phoebs, following dan and sean from behind.
The traffic was pretty bad and thinking about it now, I guess it was my fault.
I was tail-gating.
sighs
As a result, I didn't get to do what i planned to and I didn't get to send dan off properly :-(
I was too busy, freaking out.
sighs
I HATE KL DRIVERS!
ESPECIALLY THOSE ARSEHOLES WHO KEPT HONKING AT ME AS THEY DROVE BY ME ON THE HIGHWAY!
argh like what the hell?
people kept honking at me, even bloody motorcyclists.
HELLO?!
It is obvious that I am so not in the mood to be honked at.
(FYI, I absolutely DETEST it when people honk at me. Never do that to me. Unless there's a frigging monster behind me, don't bloody honk at me. -.-)

Anyway, being home is great.
I really missed the food.
Everything tastes good.
:-)
I got friends from KL coming over on the 7th, which is great.
It gives me something to do.
Now I just need to find what we should do when they're here.
Hmmm
maybe jungle trekking
:-P

Tuesday, November 17, 2009
a very much needed update 2:27 AM
okay so finals are officially over :-)
been over for a couple of days now
right after my finals though, whats the first thing restless college students do?
haha
head straight to genting of course ;-)
wait actually the first thing i did was meet up with Jasmine.
where i bought her book, Behind that Shiny Resume
we went to pyramid with Vino to meet up with Hua Yen and Shu Jun.
then we left with Phoebs
and spent some much needed time l4d-ing without any guilt :P
it felt weird though
there were moments when I thought of saying
'Oh crap. I should go back already la. Study.'
but now it was like..
'What now? hmm.'
haha kinda like the feeling after SPM
we killed zombies till we were light headed then drove to nathans for mamak
awww and dan bought me a new wallet
considering the fact, my old one looked like it was kinda sprouting roots..
definately something growing though O.o
i was really taken aback by it so that was really sweet :-)
sean got me a laminated photo filled with silly pictures he took of me throughout the year 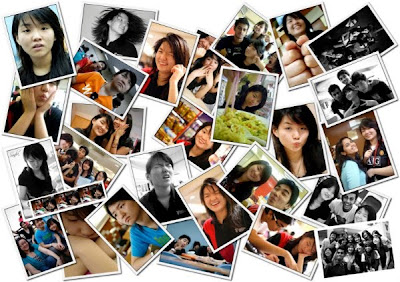 my wall of shame i suppose :P
most of 'em aren't exactly flattering :(
oh wells
btw i was completely speechless when i got seans gift
:-)
vino got me an l4d expansion cd :-)
aww so sweet people 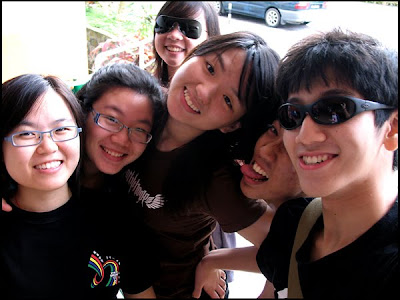 Tuesday, November 03, 2009
:) 5:17 PM
shall update after finals :-)
lol notice my posts are getting shorter and shorter..
haha promise a nice decent one after finals
see ya then
:-)