Thursday, December 24, 2009
wtf 4:37 PM
I HATE BIAS PEOPLE
it frigging pisses me off
why can't some people just look at the facts presented in front of them and just deal with it?
why can't they just accept it for what it is?
it's so frigging stupid 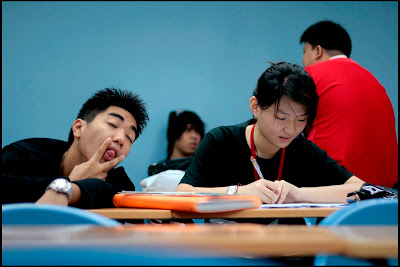 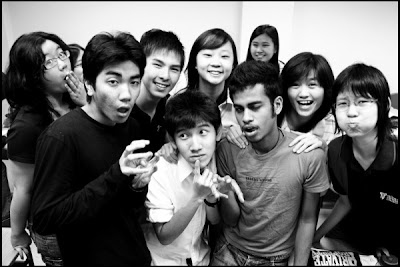 hm notice how college is like making the perfect cocktail?
you throw in a bunch of random flavors and drinks to see what matches
it may not taste so great at first but after a couple of tries, you eventually get a reasonably good taste.
:P
they say the friends you make in college last a lifetime.
well.. if you're lucky, some of them might just be half decent
:-)
miss the G2 days 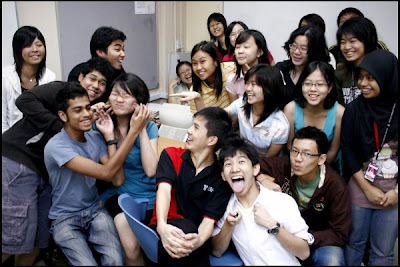 Thursday, December 17, 2009
crime life 2:29 AM
after a night of l4d-ing with the usual people, joel and i decided to drive around a bit, just talking about random stuff. we stayed at mickey dees till like 1am something then drove around. I sent him back around 2ish.
seeing as how it was late and dark and slightly creepy, i decided to take a short cut home.
instead of taking the long U-turn back to my house, i took an illegal shorter U-turn.
imagine my luck when I see a flash of bright blue lights to my right..
a police car.
O.O
frightened out of my wits, i turned over
this is my first ever run in with the law, so duh i was kinda crapping in my pants, so to speak. -.-
i usually don't break rules -.-
i'm a very law abiding citizen -.-
and i have never rasuah-ed a law enforcement before, or anyone for that matter
so i had no idea how it worked..
i kept saying stuff like i was only a student and that i've never done the illegal turn before (not true :P ) etc etc.
i was terrified of offending them if i offered them money
but they kept saying stuff like 'you happy, we happy, everyone happy'
then i figured it was probably safe
so i gave them rm20
sighs
lesson learnt :
never ever listen to joel ngeaw
stupid git

haha i know this video is kinda old and some people must have seen it by now..
but i think its frigging hilarious still.
i love community channel :P